From January 4 to 7, 2018 Sallux was present at the MEHRforum in Augsburg at one of the most important conferences for young Christians in Germany. About 11 000 participants started into the New Year by adoring God, making decisions for their life and connecting with each other across all churches, denominations and various Christian organizations.

Some colleagues of the German member of the European Christian Political Movement (ECPM) Bündnis C – Christen für Deutschland represented Sallux at the exhibition, together with ECPYouth, the Youth branch of ECPM. The team presented a program about Europe, Christianity and politics and the activities of ECPM and Sallux in Europe and the Middle East.

Karin Heepen (Chairwoman of Bündnis C) introduced the program with Robert Schuman’s vision for Europe after World War II, willing to overcome hostility and to reconcile the European nations in the Christian spirit of equality, fraternity and solidarity, which found its initial implementation in the Montan Union. Following this Christian based plan for Europe, she explained the Confederal Europe program of the ECPM for the coming European elections and its relational plan for strong nations constituting a strong European Union. In the subsequent lecture she presented the Relational Thinking as the general approach of Sallux and the ECPM for developing biblically based solutions for the various crisis in politics, economics, financial and social systems and other fields of European societies. 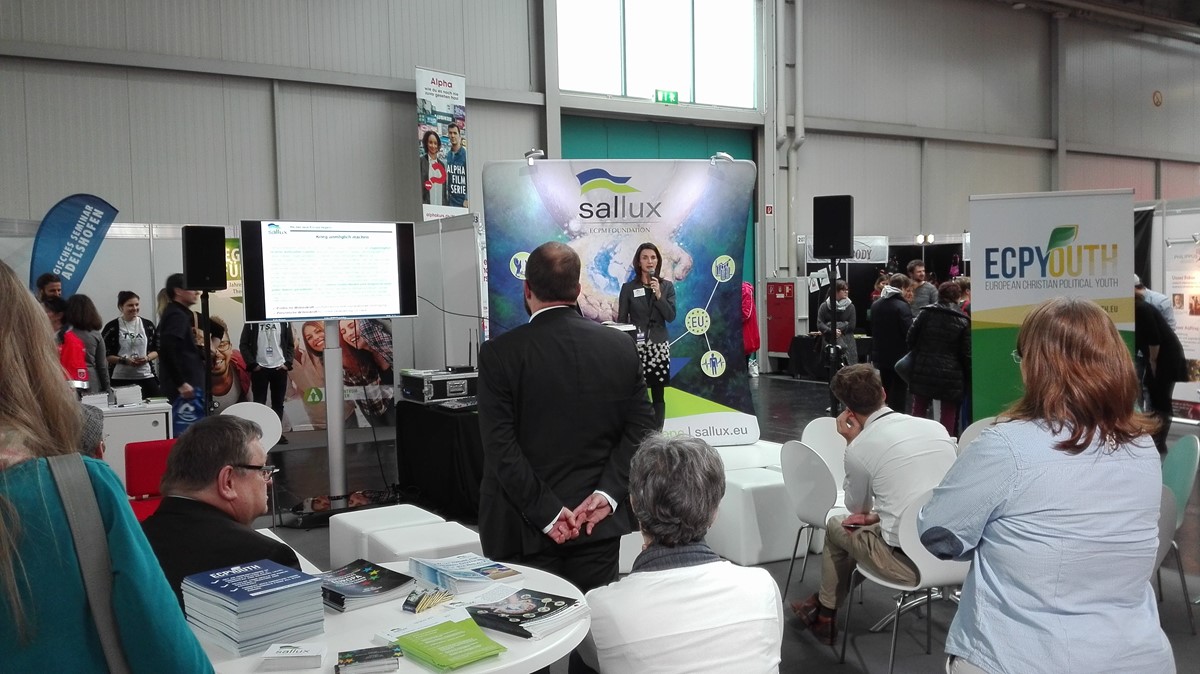 Andreas Wolff (Deputy Chairman of Bündnis C) asked in his speech what political wisdom means for Christians in politics and how we can act together and in controversy with different ideological players on the political field. Floris Wagenaar (General Secretary of ECPYouth) introduced the aims and activities of the ECPM youth organization to the mainly young audience at the conference and made contacts to young people whom the matter touched upon. 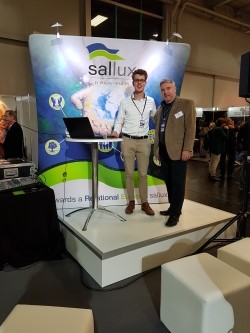 Of great interest to the audience was a report about the support of ECPM and Sallux for the Democratic Self-Administration (DSA) in Northern Syria, the victories of the Syrian Democratic Forces (SDF) over ISIS in this region and Sallux’ advocacy for Christian and other minorities in Northern Iraq towards the EU in order to establish a protective zone for these native religious and ethnical minorities in the Niniveh Plain.

One of our honored guest speakers was Harald Eckert, former Chairman of the European Coalition for Israel (ECI) and leader of “Christen an der Seite Israels” in Germany. He pointed out from a biblical point of view the destiny of the nation of Israel for healing the nations (Rev 22,2) and the challenge for Europe to accept Israel as chosen nation and stand alongside with it against Anti-Zionism and political objections.

As final highlight we welcomed Vishal Mangalwadi, the most prominent Christian philosopher in India and one of the plenary speakers at the MEHR conference. In his lecture at the Sallux stand on the “EU Tomorrow — European Empires, Nations, and the Kingdom of God” he unfolded a broad view of the biblical concept of nations and throughout history failed empires, concluding from this perspective the importance of European nations and a reasonable role of the EU in the future. His speech delivered a biblical foundation for the ECPM Confederal Europe program, confirming and promoting strong nations for forming a strong European Union. 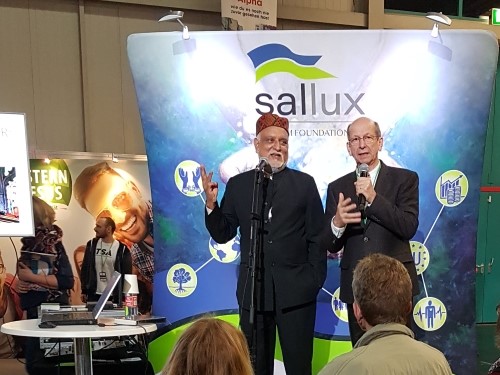 With the lectures the speakers introduced several Sallux publications like

Als das Neue Europa begann (about the live of Robert Schuman, the founding father of Europe, from our member Schuman Centre)

These and other publications were offered at the stand for purchase next to various materials informing about the activities of Sallux, ECPM and ECPYouth and the topics we are working on together with our associated research groups.

The MEHRforum was a great opportunity to acquaint these topics to an interested audience, to make new contacts with individuals and organizations und to arouse interest on Christian based political solutions going beyond the present answers to the various crises in Europe.