This book argues for a politics where ones values are acknowledged and where all ‘players in the field’ strive together for wisdom and the general good for society. 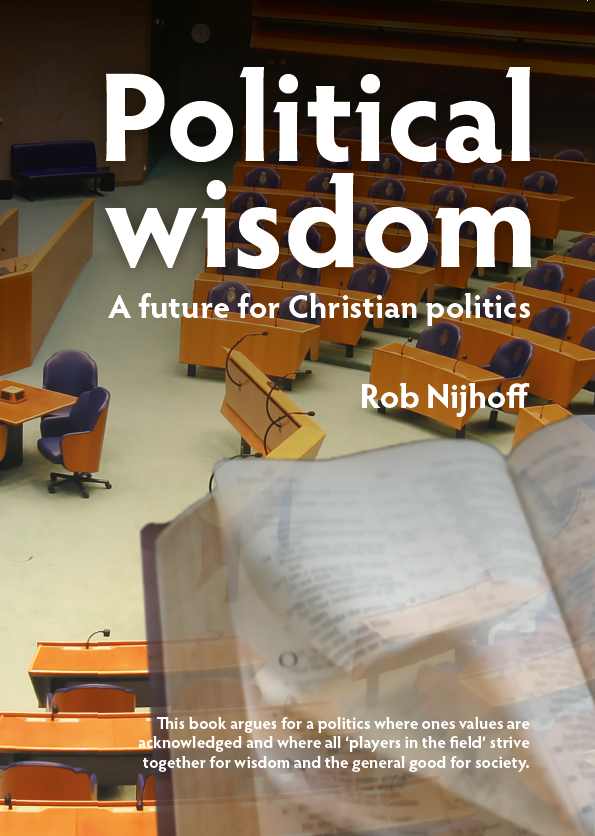 Does faith belong in politics? According to Rob Nijhoff it most certainly does. Everyone has some deep convictions that shape the way in which one conducts
politics. People can be inspired to political wisdom from different sources. That diversity presents a good reason to listen to each other. It remains useful to draw from the broad Christian tradition that gave the Netherlands and Europe a unique constitutional and democratic character. This tradition traces its roots back to before the Renaissance or the Reformation.

This book argues for a politics where ones values are acknowledged and where all ‘players in the field’ strive together for wisdom and the general good for society. Churches can be relevant in this. The Political efforts of Christians normally proceed via the diverse political parties. However, the current ‘network society’
offers Christians the chance to engage in alliances to act as a broad movement. Christian parties can give this movement a political face. It would be good if Christians would also – across the borders of political parties– seek to cooperate in a network. At European level this is happening in the European Christian
Political Movement. This book originally was published (in Dutch) in 2016 by the Mr. G. Groen van Prinsterer Stichting, the scientific Institute of the ChristenUnie political party which after the 2017 election again took part in a coalition government with VVD, CDA and D66.

This book is available through our website and during events which we organize or participate. The publication costs é 12,50.